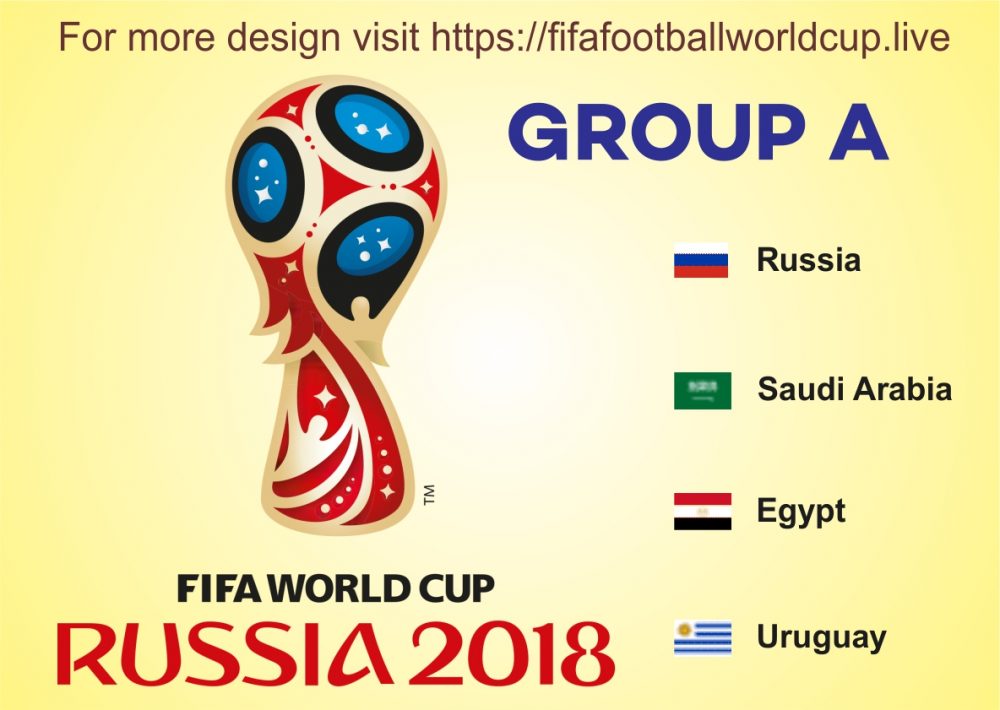 Check out here the complete information about Group A Teams, Their Schedule (When Matches Played) along with All 4 Teams prediction for the 21st Edition of Fifa world cup 2018 Russia tournament.

FIFA WORLD CUP 2018 GROUP A All Four TEAMS, SCHEDULE & Matches List Along with PREDICTIONS for tournament

Russia : Team Russia who is qualifying due to host nation and fourth time after the split of USSR in 1991. This is the 11th appearance in the fifa world cup tournament for the Russia team and their best performance in fourth place in 1966 and after split on even go further to group stage. Russia fifa ranking are very worst as they are positioning in fifa ranking on 64th spot.

Saudi Arabia : Team is playing his fifth appearance in fifa world cup tournament and this time they played afte a gap of 12 years in the fifa world cup. If we look at the all previous four appearance of Saudi Arabia in Fifa world cup then their best performance are in 1994 where they reach in group of 16. Their Fifa rank is 63 means just a one step ahead of the Host Russia.

Egypt : Team Egypt who is also worst performance so far in the world cup tournament as they made two appearance but failed to win a single game in both the occasion. So team looking to better performance in 21st Edition of Russia world cup.

Uruguay : Uruguay performance in the world cup are good as they won the two titles of the Fifa world cup in 1930 and 1950. For Uruguay this is the 13th appearance in the football world cup tournament. Two time champions Uruguay team looking to better performance once again this time as in the previous 2014 brazil world cup they where knockout from the tournament in the round of 16.

After look to recent performance and stats above Uruguay football team favorites to reach the round of 16 by clinching the first spot in the Group A. Uruguay team currently playing well as they finished second spot in the CONMEBOL South American Qualifiers and ahead of the Argentina and Champions Chile. So as per our expert prediction From Group A Uruguay team surely reach the Round of 16.

Now from remaining three teams a strong battle between 2010 african champions egypt and host russia to qualify for the next round but as per our expert prediction Russia hold the edge because of good home support as russia will be hosting the tournament.

Remaining Team of Saudi Arabia as per our expert, expected to finished last spot but all team not take them lightly because in then qualifiers round they beat highflying japan too.