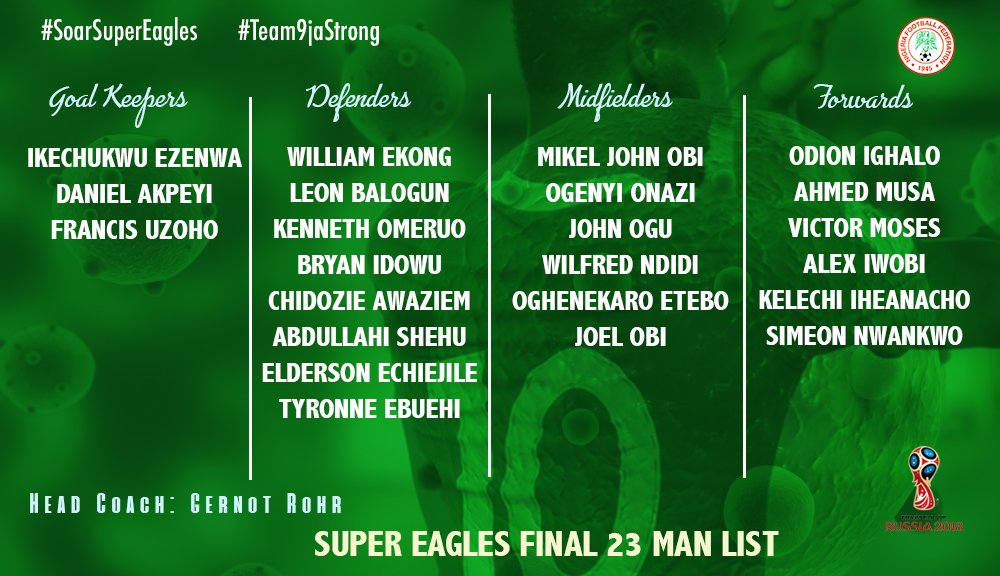 Nigeria football team named a 23 man squad for the world cup 2018 and in that list they included Chelsea Defender Ola Aina and Mikel Agu.

Nigeria have included Simeon Nwankwo in their final squad for the 2018 World Cup in Russia.

The Crotone striker, who made his international debut against DR Congo in previous friendly game, has get a spot in Gernot Rohr’s 23-man group.

Apart of them some star players like Alex Iwobi, Victor Moses, John Obi Mikel and Joel Obi have all been included, alongside Leicester City duo Wilfred Ndidi and Kelechi Iheanacho included in the squad list.