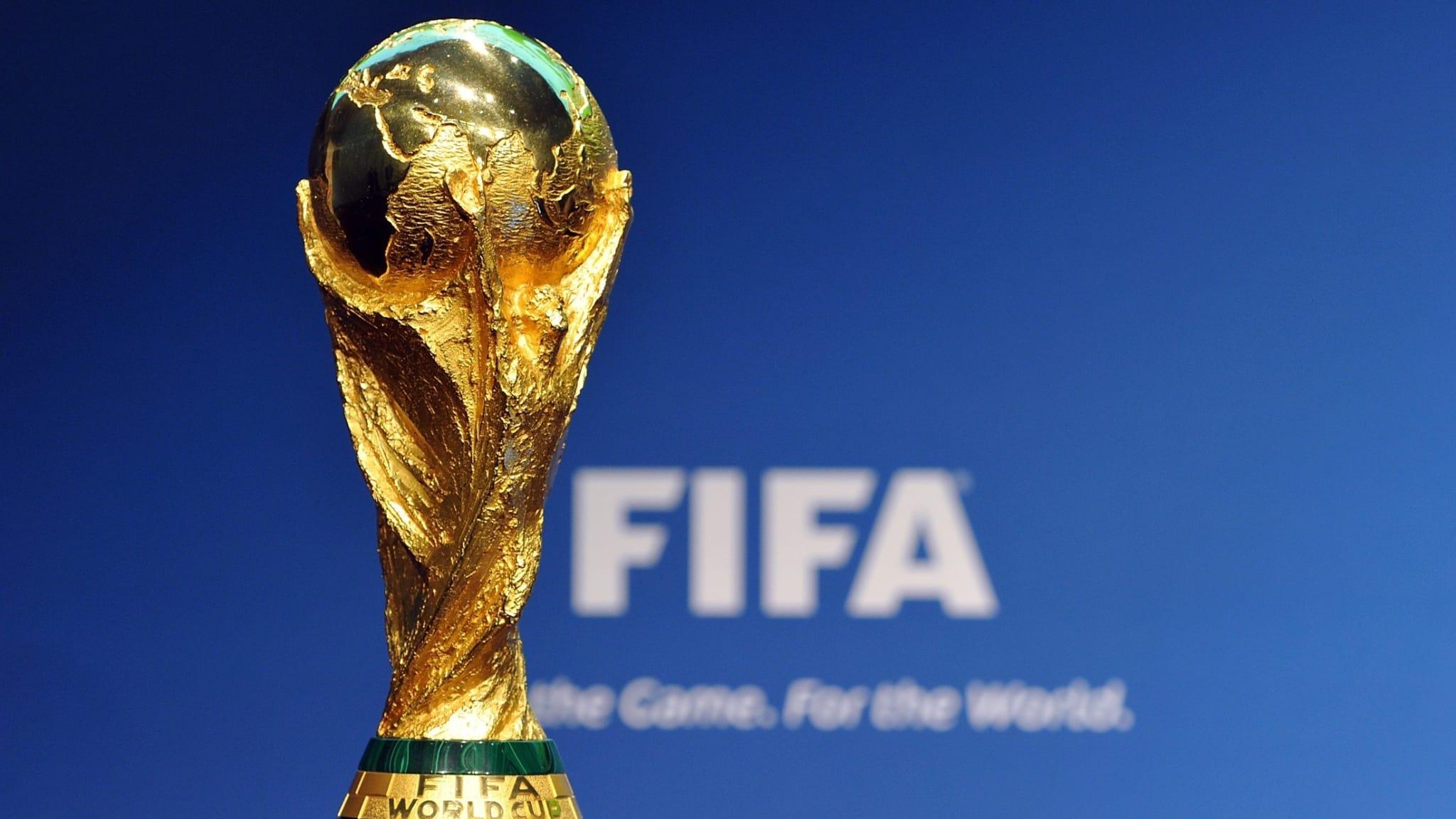 More also, the upcoming FIFA world cup will be more special because it might be the last time that the top monstrous footballer will be grazing the world cup with Lionel Messi turning 34-years-old on June 24, could be having his 35th birthday in Qatar provided Argentina qualify for the world and Cristiano Ronaldo who turned 36-years-old on February 7, who could also be aged 37-year-old and some months if Portugal qualified for the mundial next year and by the time the next mundial surface in America, Canada and Mexico in 2026, the two legendary footballers who have been 39 years and 41 years respectively making them a spectator rather than an active footballer in the World showpiece that would entertained three different countries for the first time in the rich history of the competition.

Moreover, both Lionel Messi and Cristiano Ronaldo would heading to the Qatar to finally have a last dance in their bid to win the World Cup for either Argentina or Portugal in order to further legitimately write their names in the world history book alongside the football demi gods like Pele and Maradona did for Brazil and Argentina.

However, the two will be hooping the emerging young star have not their rhythms as the likes of kylian Mbappe who was emerging prior to the 2018 World Cup fired France to their first-ever World cup triumph since the last won it 1998.

But coming to the next world cup in 2022, there have been so many young stars who have actually take the mantle of dominating the world football and there is no better way to make their statement than the world as the likes of Spain will be looking towards Ansu Fati to remain among the favorites to lift the World Cup in 2022 as Bovada review ranked the 2010 World champion at +750 odds to lift the most prestigious football gong behind the five times winner, Brazil who was odd at +700 and the 2018 winner, France at +500.

However, below are the top five youngsters to watch out for in the upcoming FIFA world cup set to be hosted by Qatar in 2022. 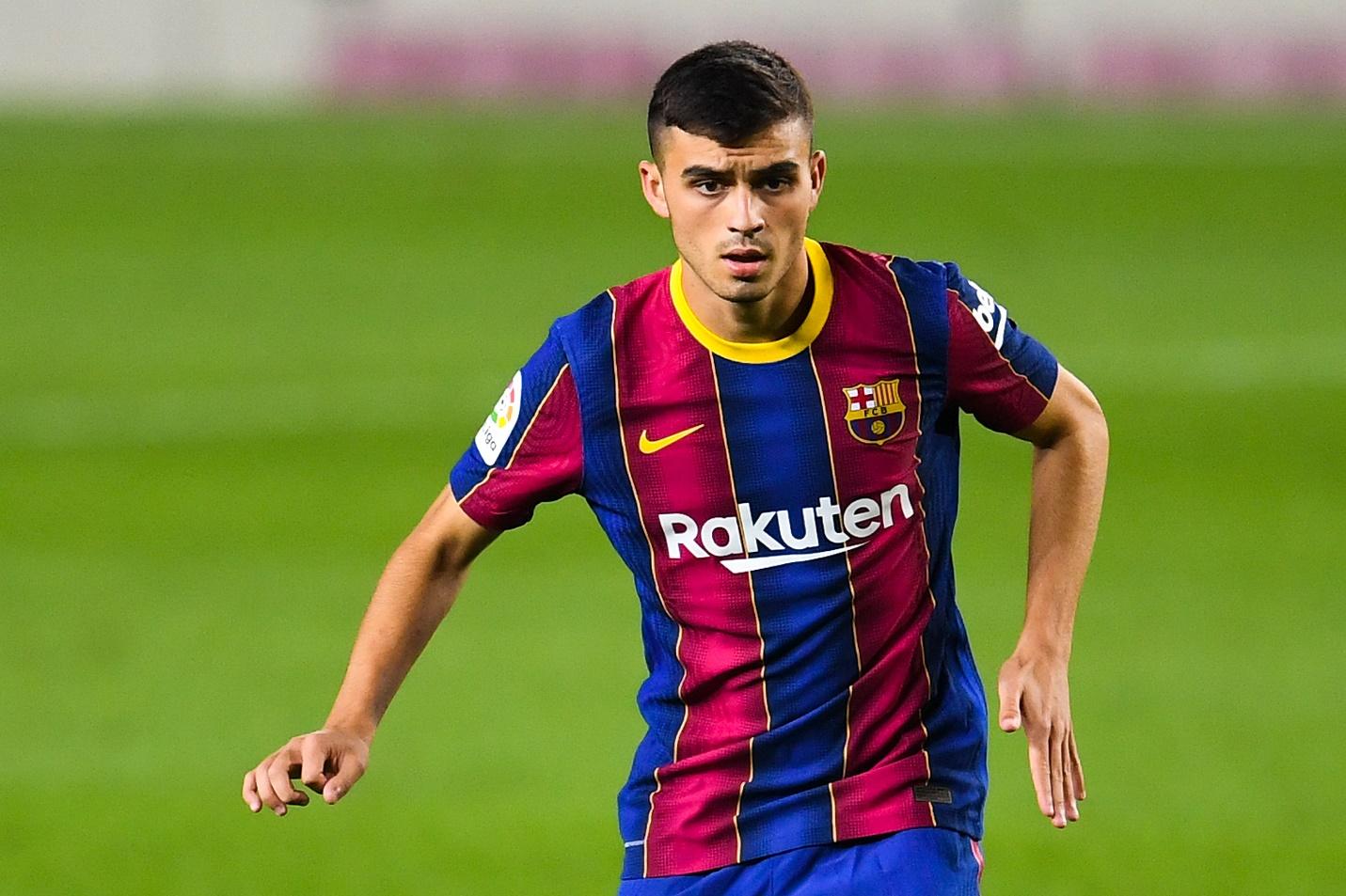 Like a shining light, the Spanish international has caught the eyes of many football lover throughout the dark campaign of Barcelona in recent years. Although, the little magician has lots of work to do in order to break in the Spanish team for good.

However, if the former Las Palmas little genius could displace the like of Philipe Coutinho, Ruqui Puig and many more in the pecking order in his debut season at Barcelona, then there would have been no problem for the Barcelona starlet to break into the Spanish order under the guidance of the former Barcelona coach, Luis Enrique.

Mark with brilliance in ball possession recycling, tenacity in play, positional techniques and abundance creativity, Pedri had become a star overnight among the Barcelona rank in less than a year of his move to Camp Nou. While he had formed a partnership with the club captain and other talisman in the middle of the Barcelona’s park, Pedri has become irreplaceable in the Barca’s line-up and he is going to be a great addition to the ever-talented Spanish team.

More so, going to the next world cup, La Furia Roja (The Furious Red) will be hoping to live up to the mark after they were knocked out by the host team in the competition last edition in Russia on penalty, but with the likes of Pedri and other brilliant footballers who might be representing the Spanish team in Qatar in 2022, Spain would be hoping that there team could bring back the trophy to Espana come July 2022 and Pedri would have an important role to ensure that. 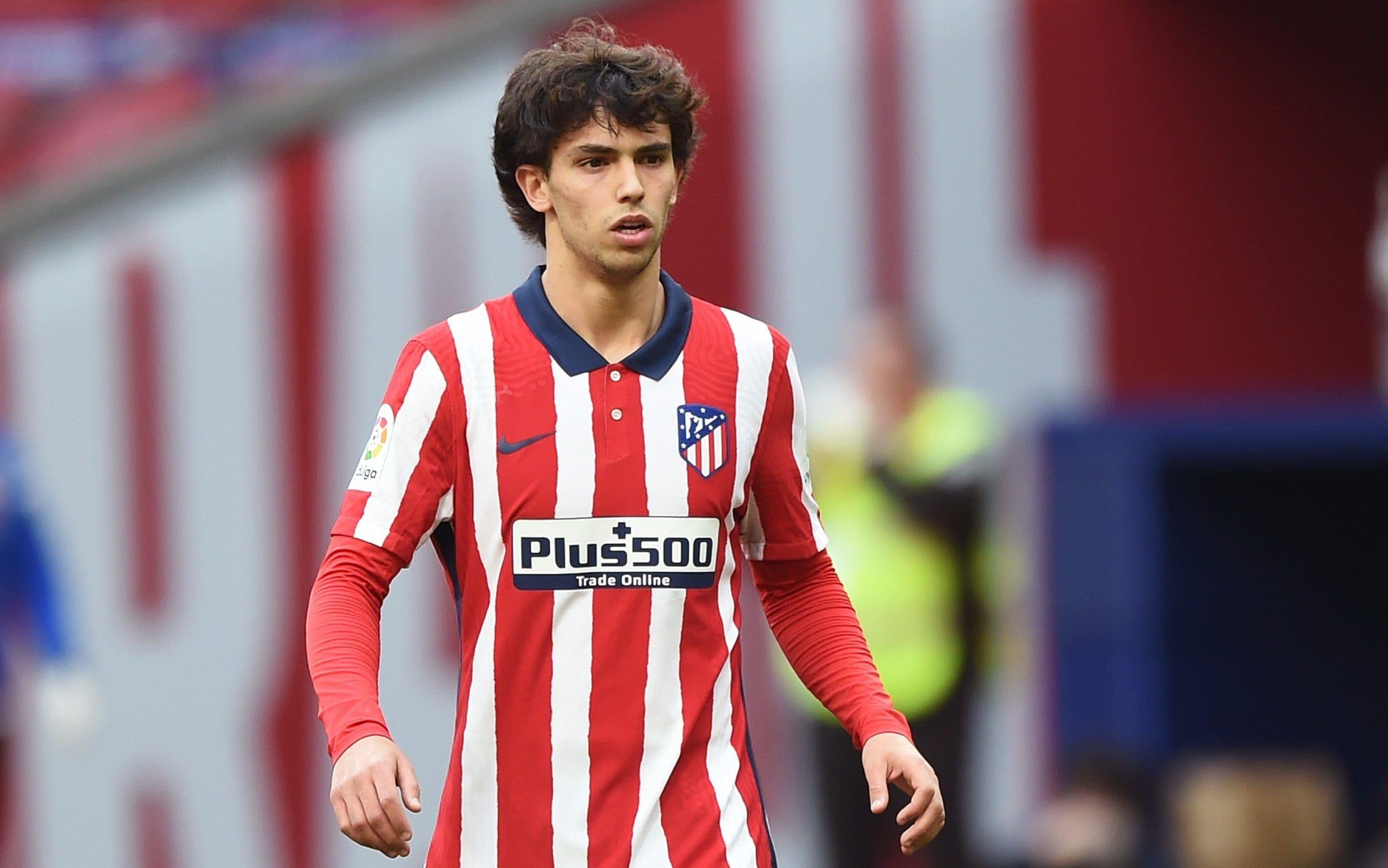 João Félix Sequeira garnered the world’s interest in the summer of 2019 when Atlético Madrid fended  off fierce competition from several top European clubs to sign the former Benfica attacker with a club-record transfer fee, worth €126 million (£113 million), which ultimately made the Portuguese the fourth-most expensive football player of all time.

The fee was also the second-most paid for a teenager, and the highest for a Portuguese player leaving the domestic league. Although, injury had plagued his development and the inconsistent in his game had reduced his rank among the brightest stars in the game.

But nothing can be taken away from the young Portuguese prodigy who had been an excellent addition to the Diego Simeone side since his move away from Benfica in the summer of 2019 as he is help the Los Colchoneros to their first ever Spanish league title in 2021 since their 2014 league triumph when Diego Costa led the Los Colchoneros to their league at Camp Nou on the league final day.

More so, with fast pace, vision, techniques, dribbling ability and eye for goal, Joao Felix will definitely light up Qatar and with the aid of Cristiano Ronaldo, the youngster could eventually help the Selecao to their maiden World Cup triumph in an unprecedented time in football history as he has rightly helped Atletico de Madrid to their league triumph in the just concluded Spanish league. 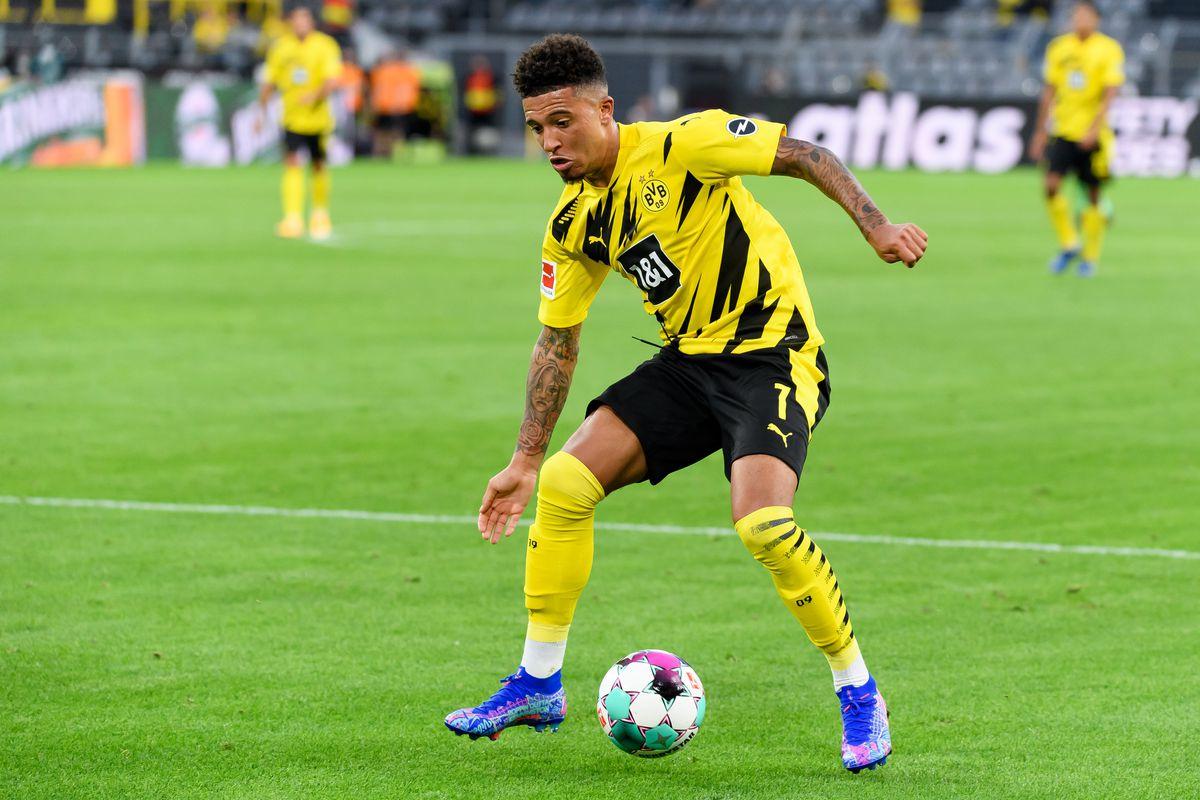 Born in the city of Manchester as a footballer, became star in Dortmund, Sancho has been one hell of a footballer star since his move to the Signa Iduna Park’s team in the summer of 2017 as a teenager. The former Manchester City academy player had been a revelation not to only Bundesliga, but to the whole world and going to the world, the Three Lions will need his creativity to advance beyond the semifinal and who know, maybe to win the trophy England last won in 1966.

With an electrified pace, creativity and dribbling pernach, the Englishman would be a star in the coming world cup and definitely a man to watch in the competition. More so, with his skillset many English teams have been clamoring for his signature in the past season and on the yearly basis the Englishman has never failed to justify his skill.

Thus, England would be hoping that the Dortmund attacker is mentally and physically fit by the time the world cup erupts in Qatar come 2022 to bolster their chance of a successful campaign. 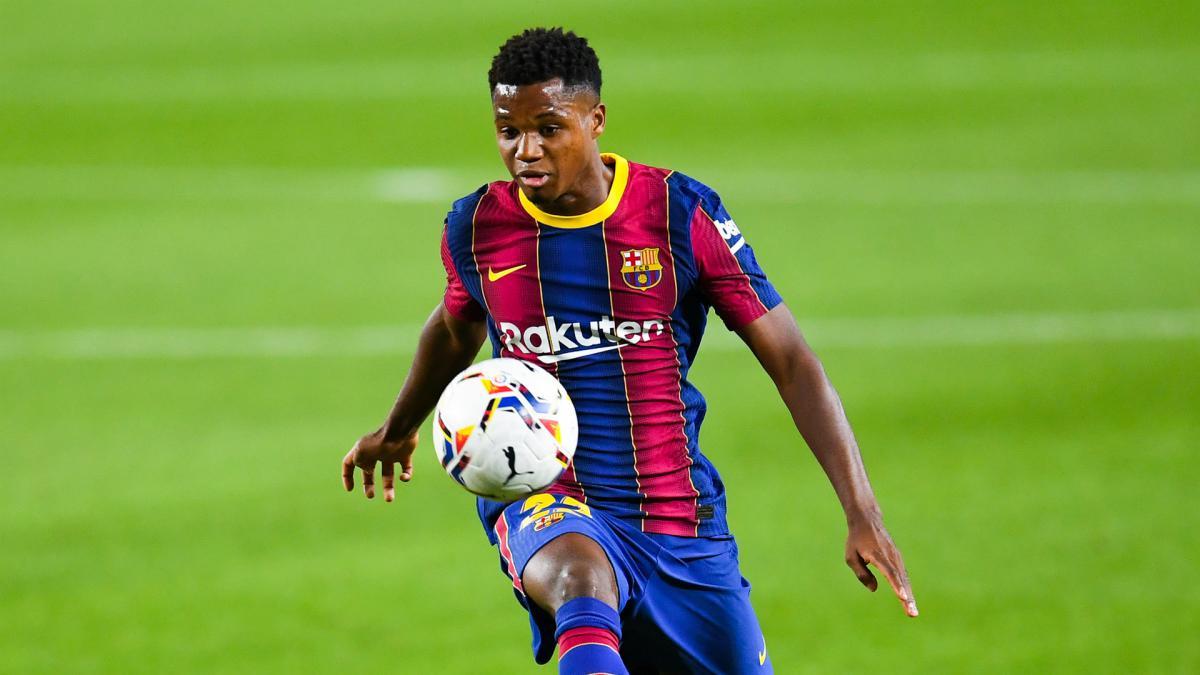 Without too many words to describe the enormous talent of the Barcelona prodigious youngster, his buyout clause was raised from €170 million to €400 while he was promoted to the senior squad in the beginning of the 2020/2021 campaign.

However, injury might have plagued his first senior debut season, the talent of the young Spaniard can be fully emphasized, while he kept on breaking some record in the league prior to his injury in November.

Even, the Barcelona coach rue his absence and while he made the provisional squad list of the La Furia Roja despite not kicking ball for more than six months said a lot about what his fitness will cause at the next world cup in Qatar.

Strong, electrified pace, dribbling, creativity, eye for goal, quick on the ball and possessing self-confidence and agility beyond his age, the then almost 17-year-old player was one of the major revelations of the 2018-19 season. Since his debut at Camp Nou, he has continued to surprise the world with his mesmerizing skills.

He is often compared to Messi and is widely tipped to take the place of the Argentine when he finally calls it quits. The Barcelona youngster would definitely light-up the next world with his skillset provided injury did not ruin his chance to prosper at the highest stage of the game.

Despite La Furia Roja enormous talent in all position of the game, someone like Fati had beginning to make difference in the Spanish team since his tender age and the entire Spanish men will be hoping that he could stay fit to bolster their chance of bring back the football most prestigious trophy to Spain at the end of July in 2022. 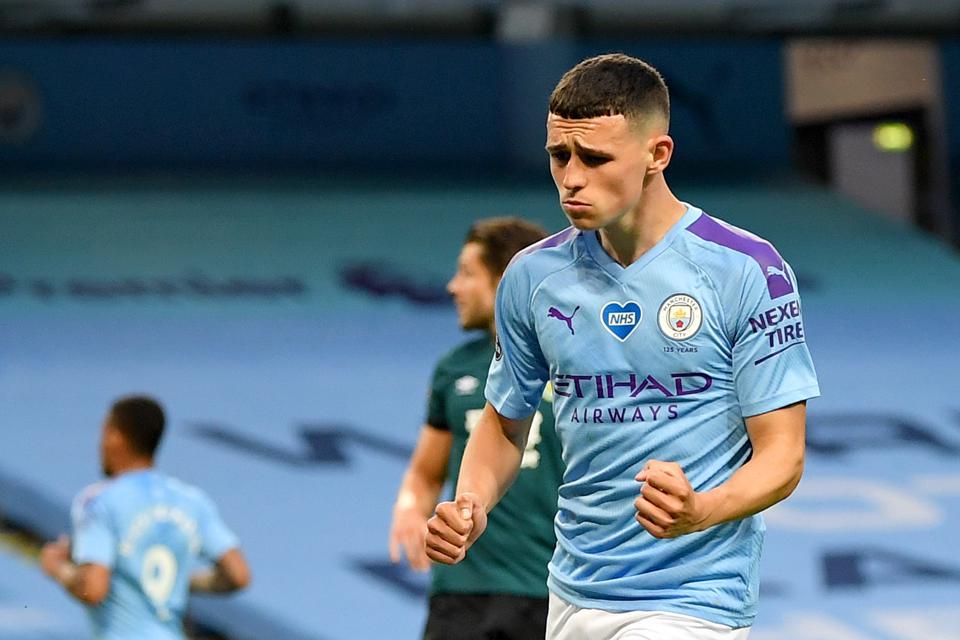 While Pep Guardiola was referencing the Foden talent as the best he ever managed, many had thought he was over exaggerating the potency of the young Phil Foden, due to the fact that the Spanish tactician has managed so many star and talents since his time at Barcelona and Bayern Munich while singling out the potential of the English youngster despite managing the likes of Lionel Messi, Xavi Hernandes, Andreas Iniesta, Joshua Kimmich, Philip Lahm and the rest speaks volume about the inborn talent that the young Foden was possessing.

However, the Manchester city prodigy had begun to justify the monstrous talent in him as he helped Manchester City reclaim the league lost to Liverpool in last season in an emphatic manner this campaign, while he has established himself as one of the leading stars in the rank on many Manchester city stars.

With loads of composure, vibrancy, strong, jaw drubbing dribbling skillset, creativity, eye for goal, quick on the ball and possessing self-confidence and agility, the former Under-17 golden ball winner was one of the major revelations since he breakout to the Manchester city senior team in 2018-19 season. Since his debut at Etihad, Foden has continued to surprise the world with his mesmerizing skills. But with his

Although, the Three Lions have many superb talents in their rank and the with many young prodigy at that but the Manchester City playmaker would certainly boost the chances of the Three Lions in their bid to win the world again and with his skillset the youngster would definitely light-up the next world cup with his brilliancy.