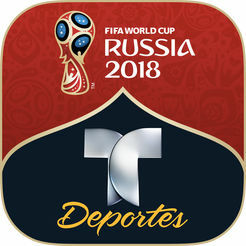 “Being part of the NBCUniversal family is a tremendous asset, further bolstering Telemundo Deportes’ extensive and unprecedented coverage for the tournament,” says Ray Warren, President of Telemundo Deportes. “Now anyone can enjoy soccer in Spanish-language no matter what app they use, whether they choose to watch through NBC Sports or Telemundo’s own En Vivo App or our local stations’ apps.”

“We feel very fortunate to have brought on experts that embody the spirit and the passion of the World Cup,” said Eli Velazquez, EVP of Programming, Production and Content, Telemundo Deportes. “Both Erasmo and Eduardo bring with them a vast knowledge of the sport and a great energy to our team. We have analysts with deep expertise of nearly every Hispanic team and I’m really proud of the strong bench of commentators joining Telemundo for the World Cup this year.”