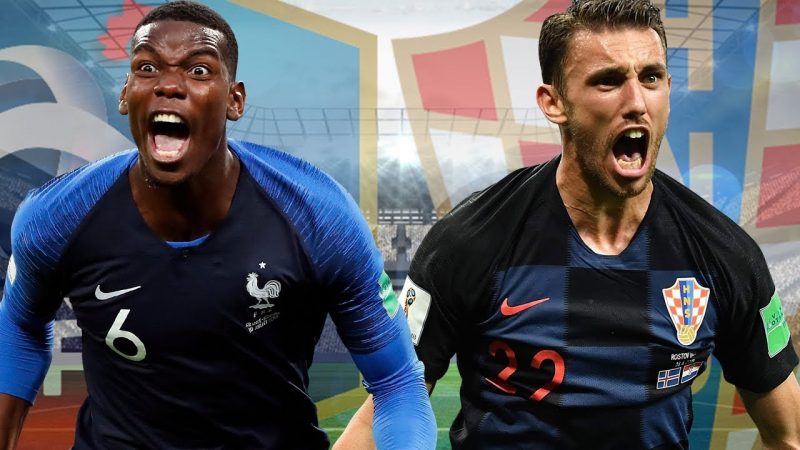 After a one months of action packed football tournament, Fifa world cup is nearing to announced the winners of the 2018 Fifa world cup as top two teams of the 21st Edition of soccer world cup France and Croatia are ready to became the football world cup champions 2018.

Les Blues are the bookmakers’ favourites to get the better of Zlatko Dalic’s side who beat England in extra time to reach the showpiece finale at Luzhniki stadium, Moscow.

One common Question is piping out on every football fans as Who will win the 2018 Fifa world cup ? Will Les Bleus take their second World Cup silverware in third final appearance or will Croatia complete the dream run and lift the magical trophy in his first appearance in the last game of the event?

15 July surely be super sunday for all the football fans as France versus croatia final will be played out at Moscow.

Both France and Croatia take on each other in the replay of the 1998 semi-final as on that occasion Les Bleus won after a comeback.

Croatia who comes to this final with five back to back victory. Croatia came back from one-goal deficit in all of three knockout-stake games to reach their first ever World Cup final.

France who played so far two world cup final in the past as winning the title in 1998 and failing to do against italy in 2006.

France who is one of the strogest side so far in the tournament. In one occasion team are danger in round of 16 clash against Argentina when Gabriel Mercado goals but Kylian Mbappe quickly turned the thing to their side and on that match les bleus bagged three more goals and victory over strongest side.

Les Bleus beating the both Uruguay and Belgium to nil so their confidence are high against the Croatian and team also ready to bag the second world cup trophy.

If we seen the past result then France never been beaten by croatia so they are favorites to lift the 21st Edition of football world cup trophy. As per experts talks and looking to current odd France are favorites and they have 60 percent winning chances over to Croatian for the Final of 2018 world cup match.