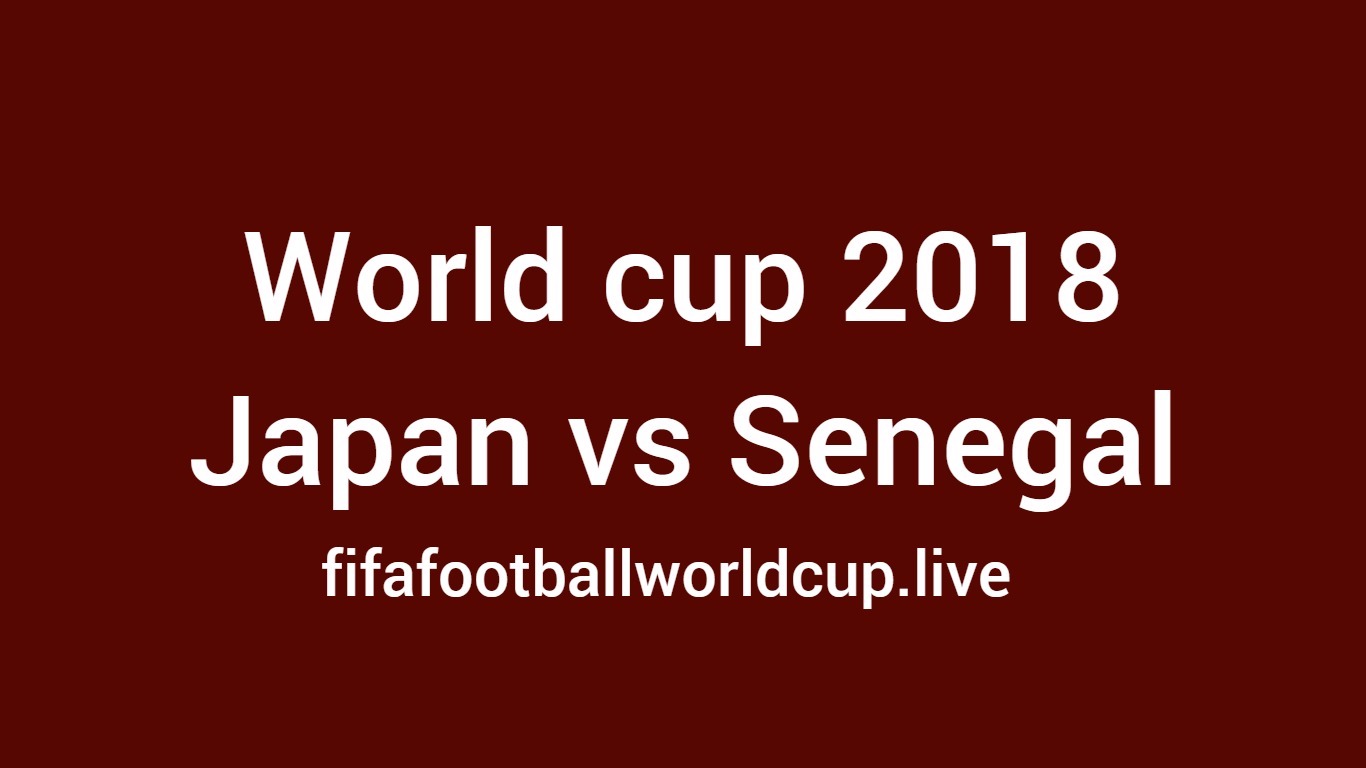 After a great starts of the world cup 2018 for the Both Japan and Senegal by winning their opening fixtures now they will be facing to each other today on 24 June 2018 at Ekaterinburg Arena. Both side will be looking for their second win of the world cup and go to next round of round of 16.

Japan who comes to this fixtures with a victory over colombia by 2-1 in the world cup opener but fortunate to be a man up after just three minutes and took advantage of the extra player to secure three points.

Senegal who will be comes with 2-1 victory over poland in their opener world cup match.

Japan coach Akira Nishino added: “I always tell my players it’s the second match that is the deciding match. That is my thinking and that is what I tell my players. Even if it is slightly risky, I want them attacking.”

Borussia Dortmund Midfielder Shinji Kagawa and Eintracht Frankfurt’s Makoto Hasebe are key players for the japanese side while Yuya Osako looking to scored in his first game.

Senegal captain Sadio Mane is undoubtedly a players to watch out for the side in this game. Aliou Cisse’s talent surely be look out in this game.

BBC and ITV to shown live match telecast in UK region and Potus sports telecast in Australia country. Live Streaming coverage will be begin on above channels after the end of the previous  game.