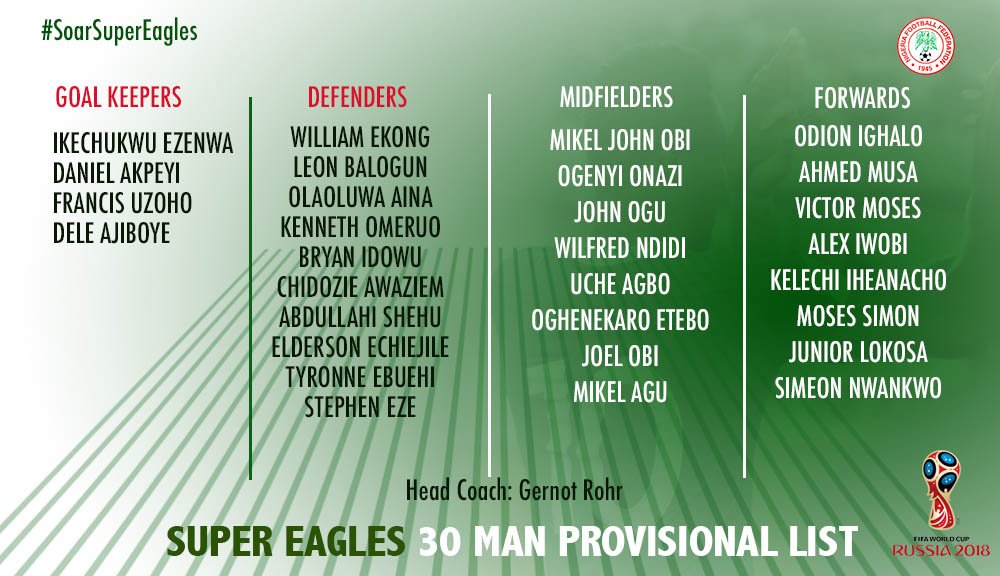 If we look at the players list then coach included couple of uncapped players in the squad. Forwards Junior Lokosa and Simeon Nwankwo are in consideration for the Super Eagles, despite not having made an appearance for the West Africans.