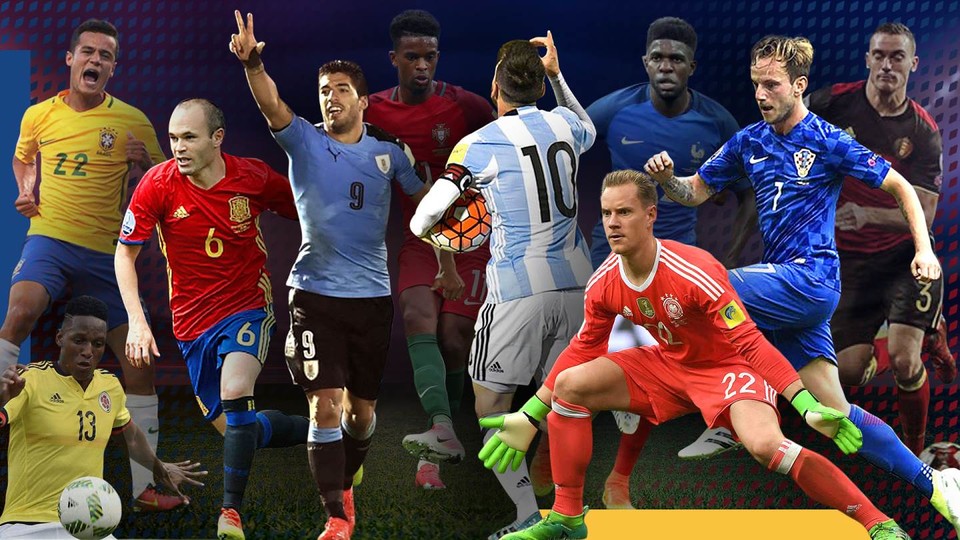 Let’s see the Expected list of Barcelona star players who will appear in the upcoming world cup at Russia.

For every footballer have a dream to play in the world cup as its a best stage to prove themeself. In football so many popular competition which are going on like English Premier League, Spanish La Liga, Europa League, UEFA champions League etc so from them many star players look to play for one’s nation in the world stage. Millions of Fans are supporting and cheering for every move of players.

Barcelona shortly known as Barca is one of the best football club and from them many players who appear in the world cup from various nations.

Goalkeeper Marc-André ter Stegen is most probably to play from the Germany side when their team will be starting the world cup campaing by playign their first match against Mexico on 17 June 2018 of Group F.

Yerry Mina (Colombia) who will be confident to their place in the Los Cafeteros when they takes on Poland, Senegal and Japan in the Group H clash.

Gerard Pique who will be shown to play from the Spain’s line up who will face with other teams of the Group B.

Club captain, legend and national team vice-captain, Andrés Iniesta, is expected to make the tournament his swansong for the national team.

Right-back Nélson Semedo and central midfielder Andre Gomes are expected to goes for the portugal and battle against the their spanish teammates in the Group B clash.

Paulinho and Phillipe Coutinho who have already confirm their place for the brazil side and confident to play in the group stage game against Switzerland, Serbia and Costa Rica in Pool E.