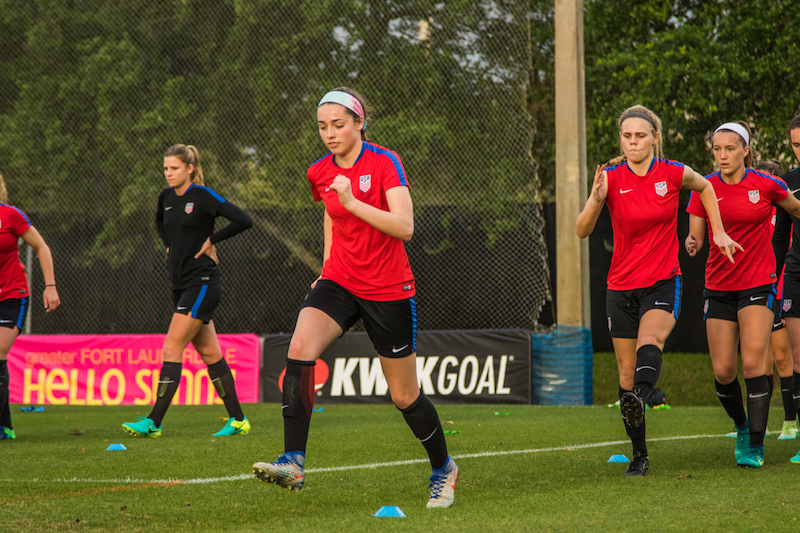 US Under 20 Womens National Team head coach Jitka Klimkova has been named the squad of 21 Players who will represented the United States team in the Upcoming Ninth Edition of Fifa U-20 Women’s world cup which will be played from the 5-24 August in France.

“Honestly, these were some of the toughest decisions I’ve had to make in my coaching career,” Klimkova said. “The overall pool was so competitive and we needed every training session and game before we selected the final 21. We are confident that the group we picked is the best team. We looked at many factors over the past year from their influence and decision making in games to their training mentality and versatility, to the intangibles, and of course their performances in international matches. The credit goes to the players for their work ethic and mental toughness throughout the process.”

The 2018 FIFA U-20 Women’s World Cup features Total 16 nations who will be divided into four groups of four teams. The top two teams from the each group advance to the knockout round quarterfinals. All 32 matches of the competition will be played in France various venue.

USA Team starting the U20 Women’s World cup 2018 Campaign by playing the first group stage match against Japan on 6th August, Then Face to Paraguay on 9th August and Last group stage game on 13 August against Spain.

Viewers watch all the USA’s U20 Women’s World cup Matches live telecast on FS2 as they broadcast this game on thier channels.