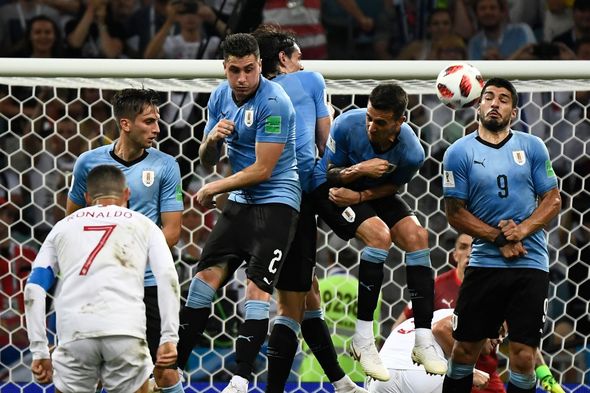 Uruguay have beat Portugal football team in the round of 16 on 30 July 2018 Which was played at Sochi. Edinson Cavani Scored total two goals in both first and second half in the 2018 world cup ropund of 16 matches with this goal they confirm their victory with score of 2-1.

By beating the Portugal, Uruguay made a history as in the first occasion Uruguay Succeed to victory over Portugal in the footall history Because in the recent times one match ended at Draw and one was won by Portugal. One of the fact on this game as Portugal team 20 attampts and 5 on target to goal of Uruguay but could not covert the chances to goal.

Now the clear pictures shown that Argentina loss against France and Portugal Now lose so No Cristiano Ronaldo and Messi seen in the fifa world cup.

Uruguay Now face the France in the Quarter Final of World cup 2018.