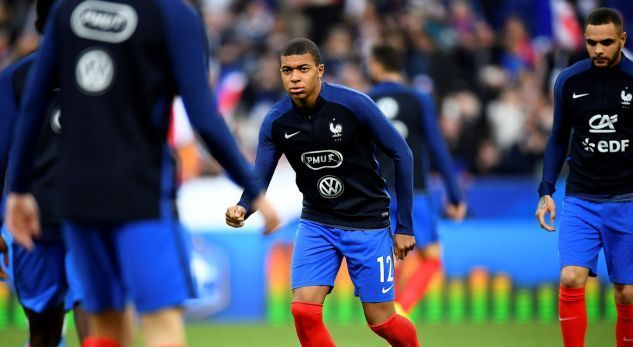 France Who make a History in the Previous Russia World cup last summer can their U-20 Squad doing the same thing at Poland’s Fifa Under 20 world cup 2019 too. Look at here the Complete Information about France U20 Team History, Key Players List, Full Squad and Coach info as tournament are just few days away.

Under 20 France football team who regularly produce some impressive players from the last few times likes of Antoine Griezmann and Paul Pogba but still their side struggled a lot in History of Fifa U20 world cup. Les Bleuets who debut in the Fifa u20 world cup first time in 1977 edition where they ended in group stage but after then they fait to qualify for the tournament for 20 Years untill reappear in 1997 where they reach in the Quarter Finals.

After the 1997 they once again Fail to Qualify for the 1999 Edition but once again secure their place in 2001 and Reach on Quarter Finals phase. After then once again 10 years gap and then get qualify in 2011 where finish on fourth place.

Their best performance in 2013 where they became champions while recent Edition in 2017 ended the competition in round of 16.

Lyon’s Amine Gouiri is one of the key players of the france national U20 football team. Apart of them Dortmund’s Dan-Axel Zagadou 19 Years old are also a great player to watch out.

Winners of the World cup team Bernard Diomede is the France’s Coach for the U20 world cup tournament at Poland this year in 2019.

Les Bleuets will be kick off the Fifa U-20 world cup 2019 campaign on 25th May. In the group stage team to Phase Saudi Arabia, Panama and Mali. Check out below the complete Fixtures of the France U20 Teams in 2019 Fifa Football U20 world cup TV channels List and Online live stream info.