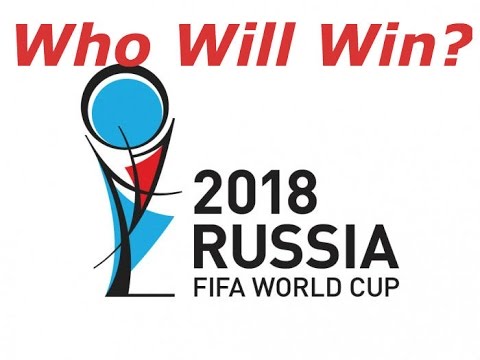 If you are Soccer Crazy Fans then You know that International friendly of March are done and dusted couple of days ago and now countdown begin for 2018 Fifa world cup as its been kick off from the 14th June at Russia. All the 32 Qualified teams are playing international friendly for the preparation of the football world cup.

Total 64 Matches, 32 Teams and 12 Stadium but only one winners who will be they let’s predict !

Check out below prediction for the Top Teams who are strong enough to grab the title and favorites for the fifa world cup 2018.

Expected Team who are favourites to Won World cup 2018

Defending champions of the world cup Germany who grab the Title of 2014 fifa world cup by 1-0 against Argentina are looking to create a history in the Fifa world cup 2018 by winning the first team in 56 years by win back to back world cup on their name. As per current Fifa Ranking (15 March 2018) Germany are top on the spot and surely look to another title.

Best Player in the line up: Mesut Ozil

2014 Fifa world cup Runners up Team Argentina who are looking to go in russia world cup by aiming to go one better and win the World cup. The White and Sky Blue team who are leading by the Lionel Messi Who are One of the legend footballer in the world. Team win recently in 1986 world cup so To considered the best Messi have to shown great performance for Argentina to Write his name in the history book and win the 2018 World cup to Argentina.

Best Player in the line up: Lionel Messi

Who remembers the ‘paradinha’ penalty that sparked Neymar fever in Brazil? ??? #TheBest
We look back ? https://t.co/9jZ6Y7cRJ2 pic.twitter.com/j7rAcDYunI

Without a Question to say that Brazil Squad is best team in the history of the world cup because Brazil who is only football national who have five titles on the bag and looking to add a sixth one at Russia world cup trophy on their pocket. most expensive players in the world Neymar are in the brazil line up. Apart of them Brazilians have many talented players likes of Coutinho, Willian, Firmino, Marcelo and Gabriel Jesus so its surely be favorites to win 21st Edition of soccer world cup.

Best Player in the line up: Neymar

2010 world cup champions spain who made history in the south africa by winning the world cup are one of the strong contenders for the 2018 world cup. Isco, Alvaro Morata and Marco Asensio are the star players of the line up who may help spanish team to world champions at Russia.

??? The many faces of @Trezegoldavid!

Exactly 20 Year ago France team won the World cup can they repeat this time ? France Team who is lot of depth in their line up as in each position they have at least three top quality players.Le Bleu (the blues) team who comes to this fifa world cup with back of successful 2016 euro campaign. So can Le Bleu win the world cup at Russia ? only time will tell the exact answer.

Share your Thoughts on Who will Win 2018 world cup