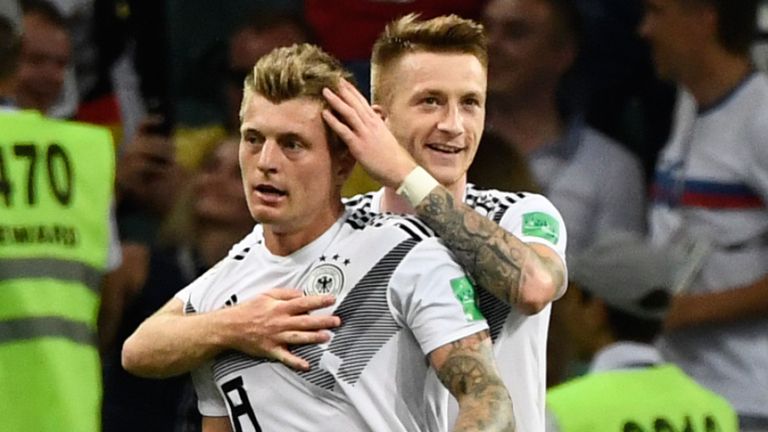 Yesterday in the second group stage match Germany victory over sweden with 2-1 score with wondergoal saved by Toni Kroos in the end and save the Germany world cup campaign.

Currently in the Group F after the two games of each Mexico standing on the top with 6 points while Germany and sweden with 3 points each and south korea are with 0 points so south korea will be eliminated.

Here’s how Twitter reacted to the game by german fans after germany victory over sweden in the end time.

Instead of picking his nose, he should have picked Sane! pic.twitter.com/Yd2lIvyKik