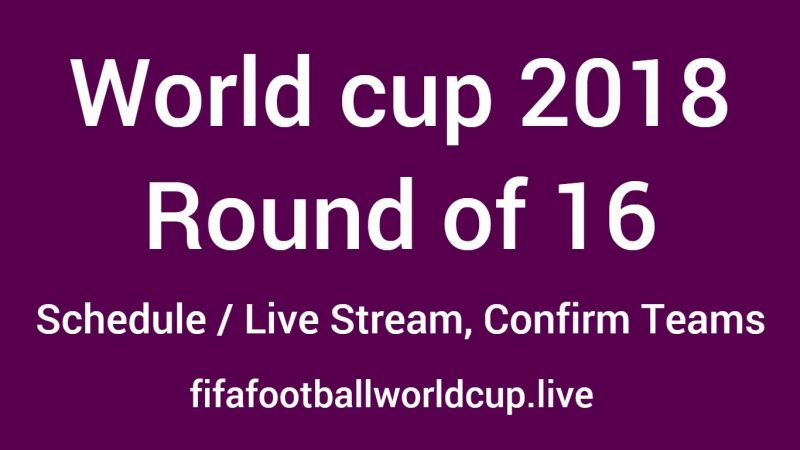 Ongoing Fifa world cup is almost near to Knock out stages as the all teams are currently playing their last games of the group stage. This 2018 world cup are unique and special ones in comparison to previous tournaments as we seen lots of Upsets, Hertbreaks Matches, Comebacks by teams, Last minutes winners, Hat-trick heroes as well as lots of agression and enthusiasm from players. If we look at the result then not a single from the 30 matches has failed to produce at least a goal. The Var has been in place to ensure no side gets a chancs to blame referee for the bad results because total of 16 penalties have been award so far. That Means Russia world cup are better then expectation from the fans.

While looking to qualified round of 16 Teams then its very surprise as big teams like Germany, Brazil and Argentina wait for the last game to reach in the next round and on the other side host russia secure their round of 16 place in emphatic manner. Lots of Questions are piping on football fans like Which team will be qualify for the Round of 16 ? What are the chances for the big name for the knock out round game of Round of 16 ? So to clear out all your question here we share with you a clear picturs of which teams has confirm their seat for Round of 16 and which is the other team from the other group that can join them in next round.

Round of 16 Confirm Teams of Each group

So far till date Russia, Uruguay, Croatia, Belgium, England and France are the confirm round of 16 teams of knock out stage matches. We will be update the more teams list in upcoming days as soon as the last group stage matches complete. Look at the below the groupwise each teams who will ne go through to pre quarter finals with their matches list and fixtures.

In the Group A Host Russia, Uruguay, Egypt and Saudi Arabia are drawn and pictures of clear for the top 2 teams so it will be look like the end of the third group stage matches as Two teams Russia and Uruguay confirm their spot for Round of 16 Games.

With a Victory in the World cup Opener by 5-0 against Saudi Arabia, Russia almost near to round of 16. in the second group stage game they facing the egypt to secure their place in round of 16. In the tensed game deadloicked in the first half and look like egypt will be ahead but in the end Russia are won the match with 3-1. So both matches victory with good goal guaranteed them a spot for the round of 16 ahead of uruguay. in the last group stage game they face to Uruguay.

With two close game victory against Egypt and Saudi Arabia, Uruguayans make their place for the knock out games once again. In 2018 world cup Uruguay side looking rusty and undisciplined on both the group stage game which they played so far but still they manage to beat the opponents with a 1-0 score. Two games, Two goals and that will enough for them to book a place for russia world cup round of 16 knockout games. They next to face Host Russia in the Last group stage game and winner go to the Group A topper.

From the Group B so far none of the team will bne confirm their progress for the next round. After the end of the Two matches of each teams Spain, Portugal and Iran are in the list who might go through to round of 16. Morocco who loss both their game and knock out from the competition. If we look at the Points table then Portugal and Spain are 4 points and iran with 3 points standing on. In the last group stage game Portugal to face Morocco while Spain to Takes on Iran so it surely be a Virtual Knock out game for the both matches results will be confirm which team will go to confirm their place for round of 16 Matches. For Portugal and Spain Even a Draw will go through while To Iran secure their place have to victory over Spain. For Iran and Spain to qualify Morocco need to defeat Portugal and Iran need to play out a draw while For portugal and iran to go further a Draw for portugal and win for iran is needed in the last game.

By winning the First two games France already confirm their spot for the Round of 16 Matches so only one spot left from the Group C for the Denmark and Australia side as Peru already eleminated with a two defeats. Now exact scenario to qualify for round of 16 is for Australia to qualify, They have to beat peru and wants a France to beat Denmark while to denmark go through, a points also help them to round of 16.

France who are the One of the favorites for the World cup 2018 and shown good performance so far by beating the Australia first in the 2-1 socre and then 1-0 to beat Peru in their last group stage game. In the Final group stage Match they face denmark on 25 June.

The Group D so far results of matches will be shocked the every football fans around the world as with a draw and defeat in the first two games Argentina are almost near to end the 2018 world cup on group stage. Even a Win against Nigeria on the final game still hope the other teams win and beat the iceland. To Argentina qualify, They need to victory over Nigeria and hope that Croatia draw or defeats iceland. So Even Draw will be helpful for Nigeria to secure round of 16 place.

With a Two Victory and Six crucial Points Croatia currently standing on the Group D. They first win over Nigeria with 2-0 and then uset the Argentina with a 3-0 victory. If they lost by 4-0 margin in their last group stage game and Argentina victory with 4-0 or more then croatia will be eliminated so still their spot are not confirm but hopefully they will go to next.

Two spots for Round of 16 and Three teams will be batting it out for them as Costa Rica are out of the competition with both matches defeats while Brazil, Switzerland and Serbia are in the list for the two spots. Brazil and switzerland are currently with four points each Serbia are three points. Even a Draw againt Costa Rica, Switzerland confirm their spot for round of 16 while For Brazil and Serbia match winner will go to round of 16 and if match ended a draw then Brazil go through to knock out games.

From the Group F So far No team has been qualified for the round of 16 although South Korea with two defeats eliminated from the tournament. Now Two games remaining of this Group F then next two games are Germany vs South Korea and Mexico against Sweden. For Mexico and Germany to Qualify both team to won a game. For Mexico and Sweden to qualify for round of 16, Sweden needs to win one goal and germany doesn’t win by more than two goals.

This is the clear pictures groups for the world cup so far as Panama and Tunisia both have been eliminated by lossing their both of the group stage game. and England and Belgium who way to round of 16 by winning both games respectively.

England secure their round of 16 place by wining the first two of their group stage match. They first victory over Tunisia by 2-1 and then beat the panama with 6-1 margin. Captain Harry Kane leads the golden boot race with five from two goals. In the last group stage they face to belgium to Group G decider.

With a first two victory they secure their spot for the round of 16 games. Belgium who victory over Panama by 3-0 and then 5-2 against Tunisia.

Watch Round of 16 Live stream online

To View the Matches online We already cover a Article of Complete Fifa world cup Live Streaming guide to watch around the world. On this 2018 fifa world cup broken all recors of viewership by watching the fifa world cup live streaming in comparison to previous world cup tournament. More Viewers also comes in Round of 16 Matches.

All the Round of 16 Matches to Be View Live telecast and online streaming in Asian Subcontinent countries on Sony Ten / Sony ESPN and Sonyliv website while Viewers of UK enjoy the coverage on BBC channel. Fox sports telecast world cup round of 16 matches in mena countries on fox sports and beIN sports in France region. Mediaset to shown Round of 16 Football world cup match live online streaming in spain and italy.