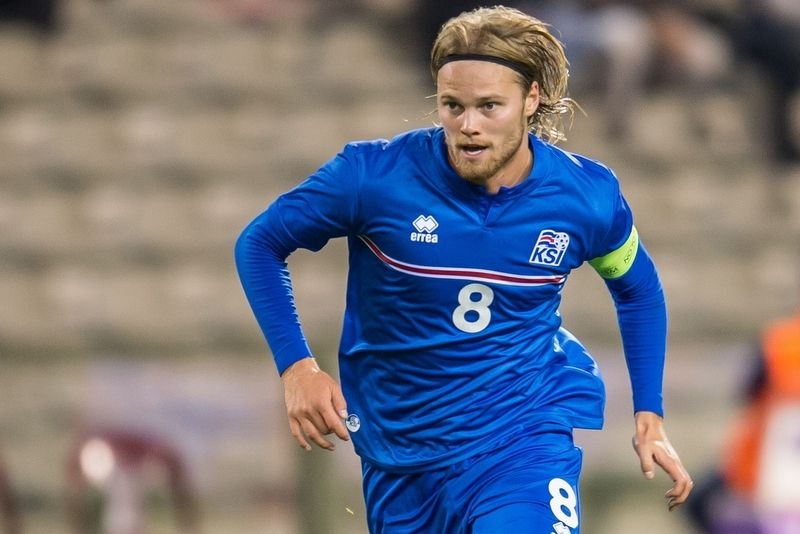 Iceland who will be qualify for the Fifa world cup First occasion in 2018 so its surely be interesting to known how their team will be playing against world class football stars.

Having Drawn in the Group D, Iceland will be face out Argentina, Croatia and Nigeria in the group stage.

Here On this article we share with you top four iceland players to watch out in fifa world cup tournament.

Birkir is currently playing from the Aston Villa as a Central Midfielder in the English championship game. He plays 65 games for the iceland sides and score 9 goals.

In current Iceland Squad Gylfi Sigurdsson are the most experience midfielder. He playing since 5 years in the premier league. Currently he playing for the Everton sides. He has made 55 appearance for the iceland national team and scored 18 goals from them.

Having Played as a Winger for the Burnleyn team Johann Berg Gudmundsson are one of the key players for iceland side. Playing in the English Premier league of total 65 games he scored 7 goals.

Gunnarsson who will be leading the iceland side in the first appearance of 2018 world cup tournament. He currently playing for cardiff city fc as a midfielder in the english premier league. So far in the history He played 77 games for the iceland national team.

By doing captaincy of the iceland in their debut world cup tournament he has a huge responsibility on their head. He surely look to better performance and try to finish at respectable position.