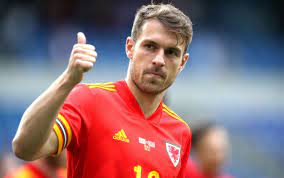 Aaron Rasey Missing from the wales Football team of Nations League squad due to hamstring Issue but still Rob Page are confident that He will make the came back in the Wales squad for the Fifa world cup tournament.

Wales Football team who next to face Belgium in the Nations League Fixtures on 22 September at Brussels and Also play against Poland in 25 September at Cardiff. This are games which wales to play before their first world cup after 64 years. In the Qatar World cup Fixtures Wales to play England, USA and Iran.

Page said: “It’s not a major injury, a slight hamstring tear. I’m glad it’s happened now as he’s gone from not playing to playing week-in-week-out and inevitably that was going to catch up with him. So if he was going to do it, now is the time to do it so he can fully recover. What I wouldn’t want him to do is push to come back then get injured against Poland or Belgium then he’s past the point of no return to get fit for Qatar. We now know, barring any setbacks, he’ll be on the plane.”

Page has no worries about Bale’s match fitness ahead of the two Nations League fixtures: “If he plays 10 minutes it’s more than he was playing when he scored all the important goals for us so everything he plays is a bonus,” he said.

“He looks after himself. He is the ultimate professional and have no concerns. However, minutes he plays I know coming into camp he’s going to be ready to play.”